ABA League j.t.d. Assembly, that has taken place on 27 May 2020 via video call, has analysed the situation regarding the COVID-19 pandemic in detail and accepted a series of decisions, which will in this delicate moment for sport and all other aspects of life, ensure the further development of the competition. 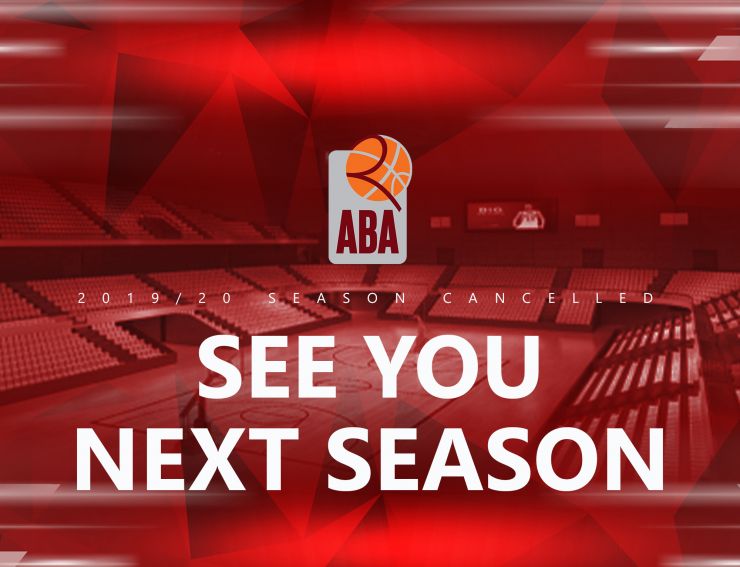 After having analysed all possible options, the ABA League j.t.d. Assembly has made a decision to cancel the remainder of the 2019/20 ABA League, ABA League 2 and U19 ABA League Championship seasons.

Despite having an enormous desire and having considered all possible options for the season to be ended on court, the ABA League clubs have made sure that the health of the players, fans, members of coaching staffs and all other that are part of games organisations, comes first.

The presence and development of the COVID-19 virus still brings a large number of limiting factors. In this aspect, the ABA League j.t.d. countries are not in an identical situation, which puts the clubs into different positions, limits the possibilities of gathering of the teams after more than two months of break and makes the implementation of the training process impossible and these are the key factors for the safe continuation of the season.

The ABA League j.t.d. Assembly has decided that the 2019/20 season shall end without champions in all of its competitions.
At the same time, the ABA League j.t.d. Assembly has concluded that in this moment it is necessary to focus all of the energy into the organization of 2020/21 season, which will, having in mind the specific situation, bring extremely huge challenges.

The ABA League j.t.d. Assembly has decided that the ABA League 2 will be composed of 12 clubs in the 2020/21 season, based on the results in the national championships. All six ABA League countries (Bosnia and Herzegovina, Croatia, Montenegro, North Macedonia, Serbia and Slovenia) will contribute two representatives. In case some of the clubs from an individual countries does not apply for the 2020/21 ABA League 2 season, the empty spots will be filled by awarding wild cards.

ABA League j.t.d. Assembly has also made a decision for the law teams of Crvena zvezda mts and ABA League shall sign an agreement on out-of-court settlement in accordance with the decision of the Assembly, with which the court dispute will be peacefully settled.

At the same time, ABA League and its clubs will continue to monitor the situation regarding the development of the COVID-19 virus and will stay in touch with the state and health organizations and in accordance with the possible restrictions, they will coordinate their further steps.