Borac have prevailed over Široki at home in Čačak and have achieved their 18th win of the ABA League 2 season. 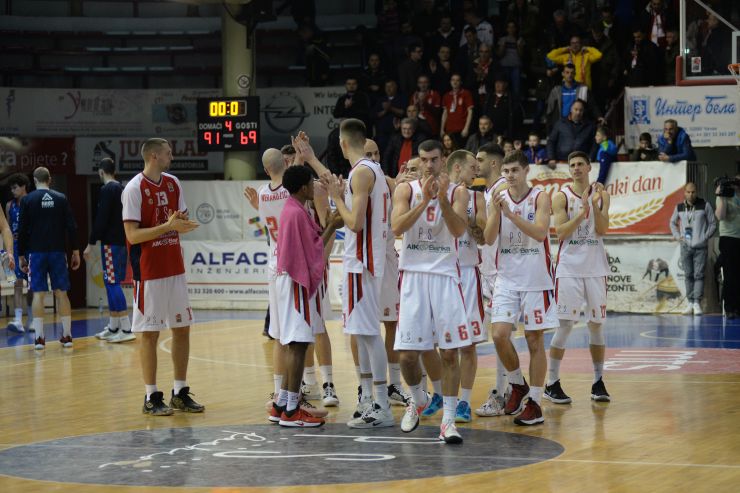 Borac have prevailed over Široki at home in Čačak and have achieved their 18th win of the ABA League 2 season.

Borac, which will finish the ABA League 2 regular season at the top of the standings, have achieved yet another win and after 20 rounds hold 18 wins and only 2 defeats.

Even though Široki started the game better and were in front for the majority of the first half, the hosts managed to get in front by 2 points by the big break (41:39).

In the second half, Borac have simply started to dominate the court in their home hall and have cruised to the win with the final score of 91:69.

This win of course keeps Borac at the very top of the ABA League 2 standings, while Široki will continue the season with 11 triumphs after 20 rounds and despite defeat they remain amongst the most serious candidates for a Playoffs spot.

Click here for more match stats
Match: Borac Mozzart - ŠirokiBorac MozzartŠiroki
Join thousands of ABA League fans in our digital community by liking us on Facebook, following us on Twitter or Instagram and subscribing to our YouTube channel.
If you like this and our other articles, make sure to sign up for the ABA League newsletter. You will be notified regarding all important news and updates on the ABA League via e-mail.
Social Media
Tweets by ABA_League2