In the opening game of the Saturday’s ABA League schedule, Krka will be hosting Budućnost VOLI at home in Novo mesto. 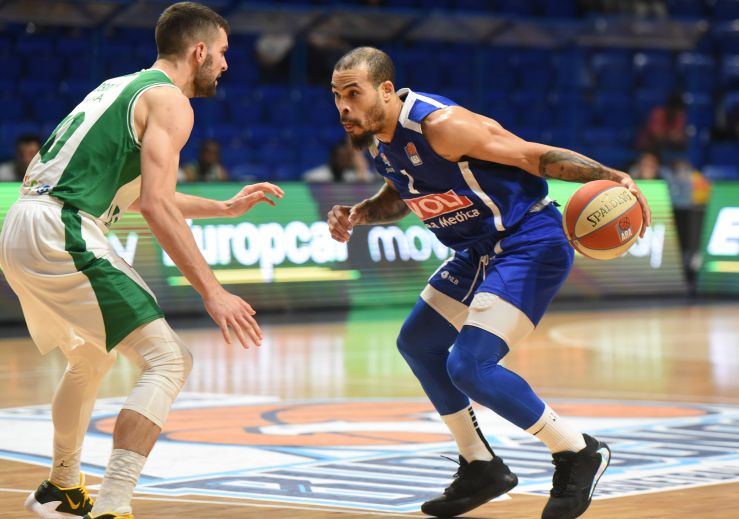 Story of the game: The Saturday night’s ABA League schedule will open with the clash in Novo mesto between Krka and Budućnost VOLI in Leon Štukelj Hall, where the games between the two sides have always been exciting. In eleven times that the two squads have battled one against another in Novo mesto, Krka have celebrated a victory six times and Budućnost VOLI five times. We believe that the happening will be no less exciting this time around.

Krka, which have already beaten the reigning ABA League champions Crvena zvezda mts this season at home, have only one goal on their mind – beat Budućnost and escape the danger zone near the bottom of the standings, as they are currently only one win up in comparison with the last placed Mega Bemax.

On the other side, it is clear that Budućnost VOLI, which are right now sharing the top of the ABA League standings with Partizan NIS, will not be satisfied with anything less than a win, which guarantees them a position at the top even after 15 rounds played.
Over the last five rounds, Krka have won one ABA League game and Budućnost VOLI three. However, Krka have lost their last one, while Budućnost VOLI are on a 2 games long winning streak.

Match-up in focus: It will be exciting to watch the match-up of two excellent point guards this time, as Krka’s Glenn Cosey will meet Budućnost VOLI’s Justin Cobbs. Both of them are currently the top scorers of their squads, with Cosey averaging 17 points per game and Cobbs 14.5. Also, Cosey is the top passer of Krka right now with 4.6 assists dished out per game, while Cobbs is second-best at Budućnost VOLI, averaging 4.4 assists per game.

KrkaBudućnost VOLIMatch: Krka - Budućnost VOLI
Join thousands of ABA League fans in our digital community by liking us on Facebook, following us on Twitter or Instagram and subscribing to our YouTube channel.
If you like this and our other articles, make sure to sign up for the ABA League newsletter. You will be notified regarding all important news and updates on the ABA League via e-mail.
Social Media
Tweets by ABA_League2