The teams who faced each other in the last two ABA League Finals are in front of another big battle. 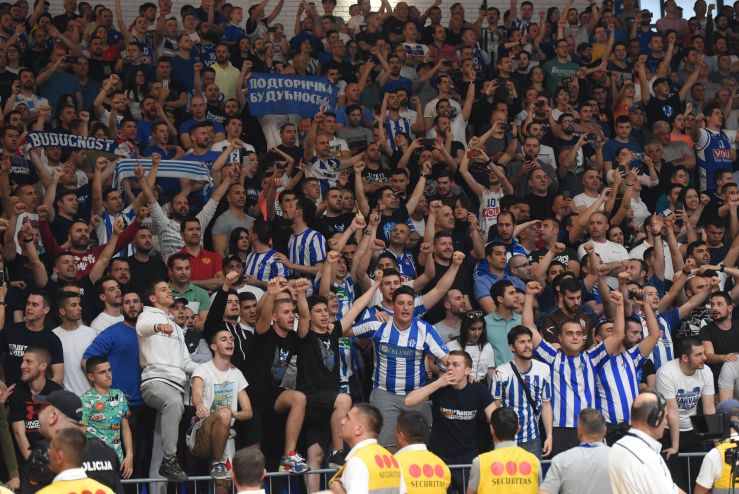 Budućnost VOLI will host Crvena zvezda mts in this week's match of the round!

There is no point telling you how big rivalry this is. Budućnost VOLI and Crvena zvezda faced each other in the last two ABA League Finals, in which each of them won per one championship title. And it all suggests that they will once again play an important role in the title race.

Budućnost VOLI (overall score 9-3) were sharing the top of the table before this round together with Partizan NIS and Cedevita Olimpija. Still, they are not really in a good momentum, as they suffered two defeats in a row in the ABA League. On top of that they have some serious injury problems as one of their best players Hassan Martin might miss the upcoming game.

On the other side, Crvena zvezda mts (overall score 7-5) have had many ups and downs in this season. They suffered 5 defeats already in the 1st part of the regular season, but it seems that they are now getting in the right rhythm. The red & whites scored a very valuable win against Koper Primorska on the road last weekend, while they also grabbed two consecutive wins in the EuroLeague which have significantly boosted the team confidence. Crvena zvezda mts also have injury problems as they arrived in Podgorica without one of team star players Stratos Perperoglou.

Match-up in focus: Nikola Ivanović (Budućnost VOLI) vs. Lorenzo Brown (Crvena zvezda mts). Nikola Ivanović is a local boy and a true hero for every basketball fan in Podgorica. He enjoys playing big games, so he might be the key man for Budućnost VOLI in the upcoming derby. Lorenzo Brown has been the best player of Crvena zvezda mts in the 2019/20 season and he had some indeed spectacular performances both in ABA League and in EuroLeague games. Therefore, the visitors hope that he might lead the red & white troops toward the win.

Match: Budućnost VOLI - Crvena zvezda mts
Join thousands of ABA League fans in our digital community by liking us on Facebook, following us on Twitter or Instagram and subscribing to our YouTube channel.
If you like this and our other articles, make sure to sign up for the ABA League newsletter. You will be notified regarding all important news and updates on the ABA League via e-mail.
Social Media
Tweets by ABA_League2