The boys from Široki Brijeg made a major step toward the Playoffs. 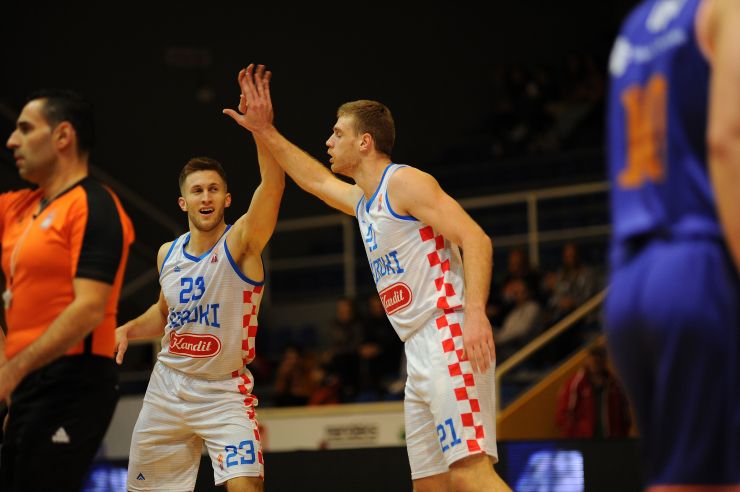 Široki have scored a very valuable home win as they defeated Helios Suns in a direct battle for the ABA 2 Playoffs. What is also very important for Široki is that they managed to defeat Helios Suns by more than 14 points, which means that they now have a better head-to-head score against the team from Domžale. And that might make the difference at the end of the regular season.

This was a true team win for the boys from Široki Brijeg. They had 5 players with 10+ points, while the best out of best was Dario Drežnjak who finished this match with 19 points and 9 rebounds.

In the away team Blaž Mahkovic was the top scorer with 15 points.

Široki now have the overall score of 7-5, while Helios Suns are at 6-6.

Click here for more match stats
Match: Široki - Helios Suns
Join thousands of ABA League fans in our digital community by liking us on Facebook, following us on Twitter or Instagram and subscribing to our YouTube channel.
If you like this and our other articles, make sure to sign up for the ABA League newsletter. You will be notified regarding all important news and updates on the ABA League via e-mail.
Social Media
Tweets by ABA_League2