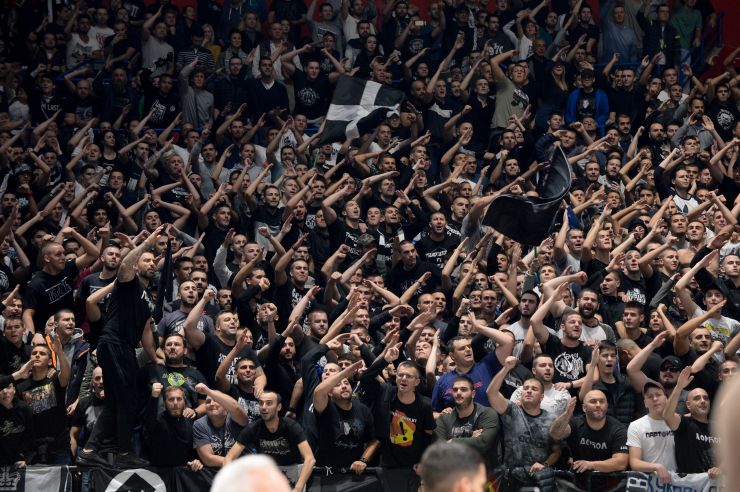 Story of the game: A big game is coming up in Belgrade on Saturday night, as Partizan NIS will step in front of their home crowd in Aleksandar Nikolić Hall for the first time this season, after spending the first four rounds on the road. And it will not be any game, but a city clash against FMP.

Partizan NIS are currently positioned in the middle of the ABA League standings, with two victories and two defeats grabbed so far and for sure this is not the kind of score that would satisfy their appetites this season, in which they are aiming for the top in every competition they are playing in.

Now, they will play on their home court for the first time this season and try to do everything in order to improve their record instantly, but it would be far from an easy task, as they will be hosting FMP, one of the two teams that still haven’t tasted the bitterness of defeat this season in the ABA League.

So, can Partizan NIS stand up at home court or can FMP remain undefeated after five rounds of the ABA League as well? Let’s watch the game and find out!

Match-up in focus: Nemanja Gordić against Aleksa Radanov! The former ABA League MVP faces the ABA League MVP of October! Experience faces youth! What an exciting match-up is coming up in Belgrade this time. Who will prevail in the end and take his team to the victory?

FMPMatch: Partizan NIS - FMPPartizan NISAleksa RadanovNemanja Gordić
Join thousands of ABA League fans in our digital community by liking us on Facebook, following us on Twitter or Instagram and subscribing to our YouTube channel.
If you like this and our other articles, make sure to sign up for the ABA League newsletter. You will be notified regarding all important news and updates on the ABA League via e-mail.
Social Media
Tweets by ABA_League2