Cedevita need just 1 more win to advance to the 2019 ABA Finals. On the other side, Budućnost VOLI  have to win this game in order to stay in the Playoffs. 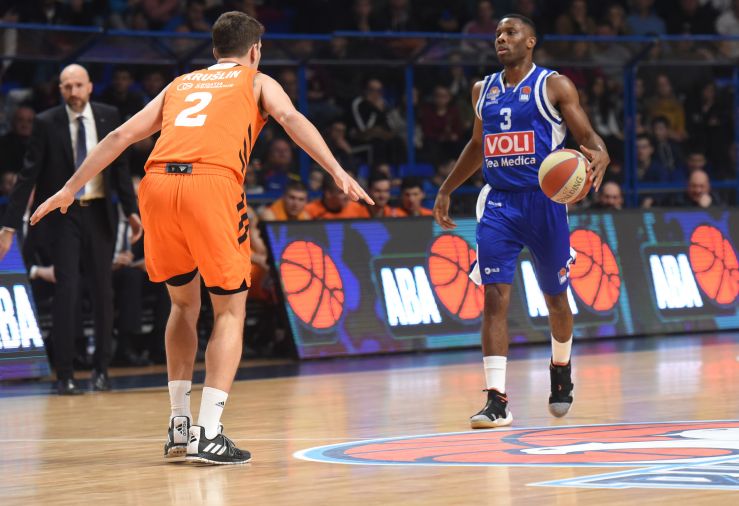 Story of the game: The Semi-Finals show move to Podgorica for the first in the 2019 ABA Playoffs, as Budućnost VOLI are about to host Cedevita in Game 2 of this series.

As you all know, Cedevita won the 1st game last week in Zagreb which means that the Orange troops need just one more win to advance to the 2019 ABA Finals. On the other side, Budućnost VOLI have to win this game in order to tie the score in the series and stay in the Playoffs.

This time, the Blue team will have the whole gym on their side and that is not a small advantage in this rivalry. Budućnost VOLI have lost just 4 times against Cedevita at home court, while the last time they were defeated by the Orange team in Podgorica happened in 2016.

Cedevita’s advantage in the upcoming match might be the fact that they had the whole week to prepare themselves for what awaits them in Sports Center Morača. Meanwhile, Budućnost VOLI played an EuroLeague game in Barcelona on Thursday…

In the second part of the 2018/19 ABA League regular season these two teams played quite a thrilling match in Podgorica, with Budućnost VOLI taking the win – 80:78.

And now, we expect another basketball thriller.

Match-up in focus: Nemanja Gordić is the man who loves playing against Cedevita in Podgorica. Budućnost VOLI point guard was the key man of his team in the last-season semi-finals, so the home crowd put a lot of hopes in their star player. Still, last season Cedevita did not have Justin Cobbs, an outstanding point guard who has become a true leader of this team over the past months. That Gordić-Cobbs duel might decide many things in this match.