At home in Krešimir Ćosić Sports Hall, Zadar have beaten Petrol Olimpija and made a major step towards protecting their spot in the ABA League for the next season. 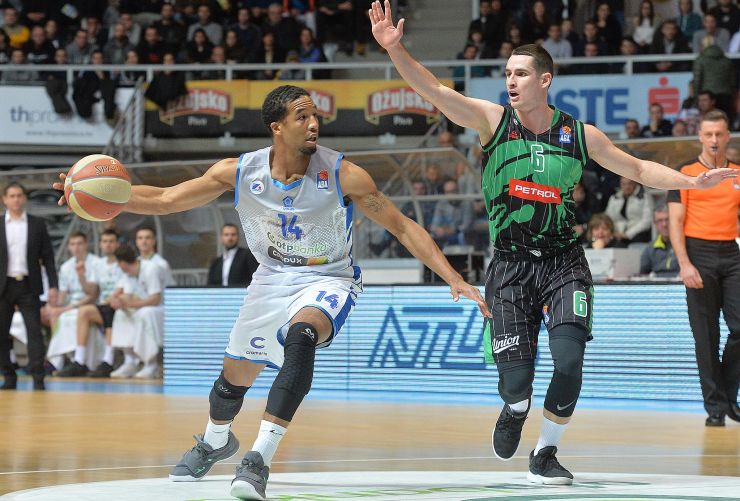 Game recap: In the match of the round, which turned out to be a true derby of the bottom of the standings, Zadar have beaten Petrol Olimpija at home in Krešimir Ćosić Sports Hall and, even though it is still early to make such predictions, they have made a huge step towards protecting their spot in the ABA League for the next season, since they have beaten their direct competitors in the battle to avoid the relegation zone. Zadar now have 5 wins this season, one more than the last placed Petrol Olimpija and Krka.

Key moments: When it just looked like Petrol Olimpija would be taking two points home from Zadar, Luka Žorić scored with 4 seconds remaining on the game clock to tie the game at 75:75 and take the teams to overtime. Petrol Olimpija seemed to have a chance for the final possession, but they failed to execute the inbound pass, so Zadar had it but… Mario Little’s 3-point shot was inaccurate.

In the overtime simply everything went Zadar’s way and their lead reached 7 points (84:77) with half a minute remaining on the clock, when Little scored two points. The game was over.

Man of the match: Just like we are used to, we have witnessed another excellent performance by Zadar’s Luka Božić. He had 13 points, 4 assists, 3 rebounds, just as many steals and a valuation of 25. He is our man of the match.

Can’t trick the stats: Petrol Olimpija had 19 turnovers, many of them in key moments. This is what turned the game Zadar’s way.

Match: Zadar - Petrol OlimpijaZadarPetrol Olimpija
Join thousands of ABA League fans in our digital community by liking us on Facebook, following us on Twitter or Instagram and subscribing to our YouTube channel.
If you like this and our other articles, make sure to sign up for the ABA League newsletter. You will be notified regarding all important news and updates on the ABA League via e-mail.
Social Media
Tweets by ABA_League2