On Saturday evening, Mega Bemax will be hosting Partizan NIS at home in Pinki Sports Hall in Sremska Mitrovica. Can the hosts march on undefeated or will Partizan NIS bounce back after three straight defeats? 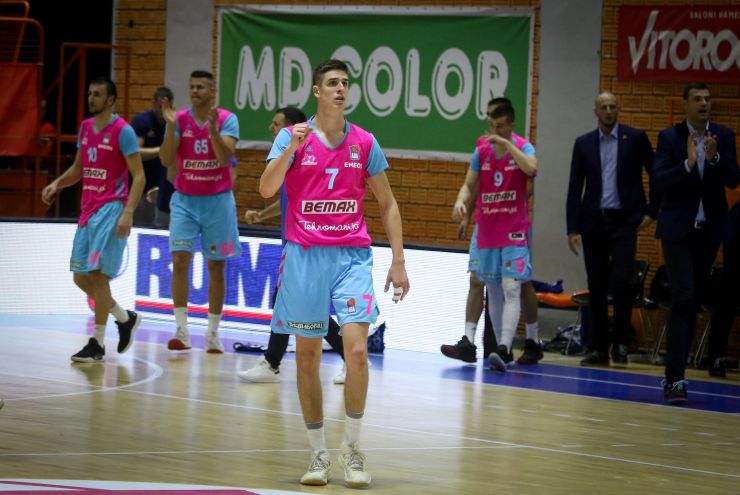 Story of the game: It’s always crowdy in Sremska Mitrovica when Partizan NIS are the guests of Mega Bemax and it will be no different this time around, as the still undefeated home side will be hosting Partizan NIS, that have been undergoing a slight crisis over the past few rounds, but will try to maintain their positive tradition when facing Mega Bemax in the ABA League games. In the entire regional league history, Partizan NIS have won 8 out of 10 games that the two teams have played so far one against another.

Mega Bemax will try their best in order to keep on winning, as they are on a 5:0 winning run at the beginning of the season and they certainly do not want to stop there. But, can they grab another win in a row?

Saturday night will bring us the answers!

Match-up in focus: It will be interesting to watch a clash of two big men in the paint, as ABA League October MVP Goga Bitadze will try to prove his quality against Partizan NIS American Jock Landale! Can he do it?

Match: Mega MIS - Partizan Mozzart BetPartizan Mozzart BetGoga BitadzeJock LandaleMega MIS
Join thousands of ABA League fans in our digital community by liking us on Facebook, following us on Twitter or Instagram and subscribing to our YouTube channel.
If you like this and our other articles, make sure to sign up for the ABA League newsletter. You will be notified regarding all important news and updates on the ABA League via e-mail.
Social Media
Tweets by ABA_League2