In their second home game of the ABA League season, Krka have beaten Partizan NIS and keep their home Leon Štukelj Hall unbeaten. 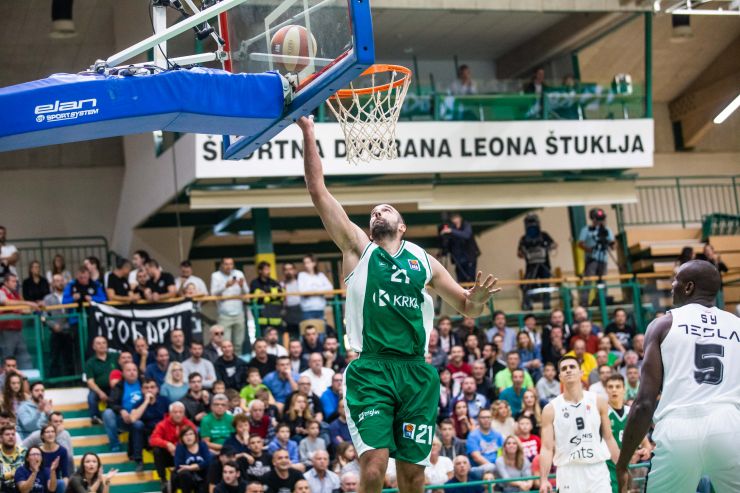 Game recap: In the first game of Saturday’s ABA League schedule, the ABA League newcomers Krka have beaten Partizan NIS at home in Leon Štukelj Hallin Novo mesto and are on a 2/2 record after four rounds played, just like the black and white. This season, the squad led by head coach Simon Petrov remain unbeaten at home court.

Key moments: With just a bit over half a minute remaining on the game clock, it was still anybody’s game – Krka led 73:69. However, they had the ball and when Paolo Marinelli fired from downtown, he sent his team to a 7-point lead (76:69), which killed the hopes of Partizan NIS of a comeback and made the home fans ecstatic. This was a point of no return!

Man of the match: Luka Lapornik was shining throughout the game for Krka! He ended the game with 19 points, 8 rebounds, 1 assist and 1 steal, which was enough for the game high valuation of 27. He is our man of the match!

Can't trick the stats: Krka have outrebounded Partizan NIS by 8 rebounds (33:25) and that’s what turned the game their way.

KrkaMatch: Krka - Partizan NISLuka LapornikPaolo MarinelliPartizan NIS
Join thousands of ABA League fans in our digital community by liking us on Facebook, following us on Twitter or Instagram and subscribing to our YouTube channel.
If you like this and our other articles, make sure to sign up for the ABA League newsletter. You will be notified regarding all important news and updates on the ABA League via e-mail.
Social Media
Tweets by ABA_League2