In the opening game of the 2018/19 ABA League season, Petrol Olimpija have beaten Mornar at home court in Stožice Arena, Ljubljana. 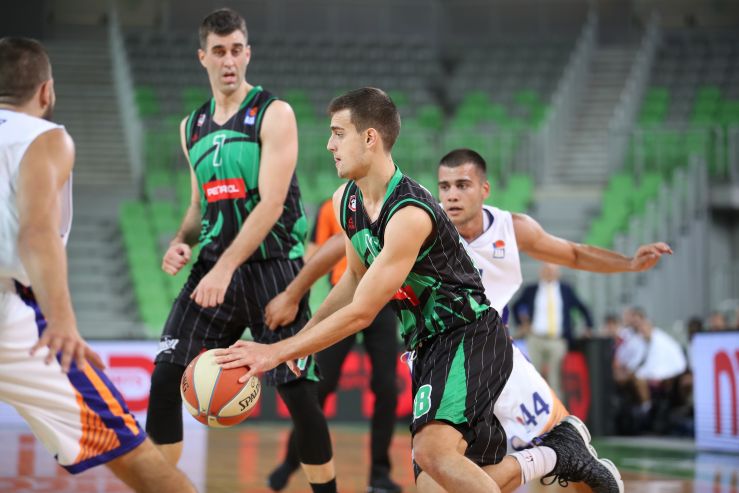 Game recap: In the opening game of the 2018/19 ABA League season, Petrol Olimpija have beaten Mornar at home court in Stožice Arena, Ljubljana. It has been one way-traffic throughout major part of the game and there has been no dilemma regarding the final outcome of the game. With this result, Olimpija have payed Mornar back for the two defeats suffered by the Bar side last season.

Key moments: The decisive moments of the game happened really in the opening quarter of the game, as Petrol Olimpija went on a 10:1 run between fifth and ninth minute of the clash, to make it a 10-point game (23:13). Afterwards, Mornar did not manage to get back into the game for the win and the two points stayed in Ljubljana.

Man of the match: Blaž Mesiček was simply all around the court. He scored 16 points to lead the way in scoring for Petrol Olimpija, while adding 7 assists and 5 rebounds to his stats. His valuation was 29 in less than 28 minutes spent on court. He is our man of the match.

Match: Petrol Olimpija - Mornar-Barsko zlatoBlaž Mesiček
Join thousands of ABA League fans in our digital community by liking us on Facebook, following us on Twitter or Instagram and subscribing to our YouTube channel.
If you like this and our other articles, make sure to sign up for the ABA League newsletter. You will be notified regarding all important news and updates on the ABA League via e-mail.
Social Media
Tweets by ABA_League2