In the first game of the 2019/20 ABA League Qualifiers, MZT Skopje Aerodrom have prevailed over Zadar on the road in Krešimir Ćosić Arena and have taken a 1:0 lead in the series. They now only need one more victory for their desired return to the first division of the ABA League. 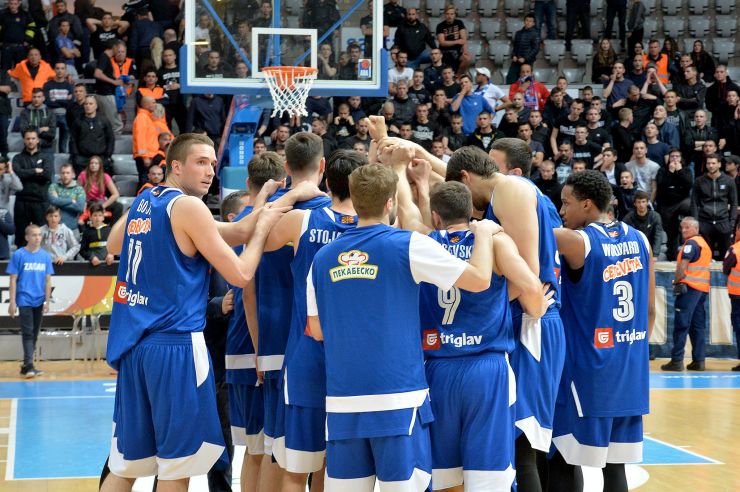 Game recap: MZT Skopje Aerodrom fans are celebrating after Wednesday night clash in Krešimir Ćosić Arena in Zadar, as their team have raised some eyebrows with their stunning display and celebrated a road victory in the 2019/20 ABA League Qualifiers. This win puts the Skopje squad in a 1:0 lead in the series and they now need only one more triumph in order to qualify for the ABA League first disivion for the forthcoming season.

Key moments: The guests have gone on to a flying start in Višnjik, as they have quickly earned themselves a double-digit lead (17:5 after 4 minutes of the game). They have not stopped there, however. In the remainder of the first half they have continued to grind, all until their 21-point lead in the 15th minute (47:26). There was no hope of a major comeback for the home squad, as what followed as a reaction from their squad was simply too little and too late.

Man of the match: James Woodard was the true floor general for MZT Skopje Aerodrom this time around, as he scored 22 points (including 4/4 three-pointers), while adding 7 rebounds, 3 assists, just as many steals and a valuation of 35 to his stats in 39 minutes spent on court. He is our man of the match.

Can't trick the stats: Zadar had as many as 14 turnovers and MZT Skopje Aerodrom only 7. That’s what gave the victory to the guests in the end.